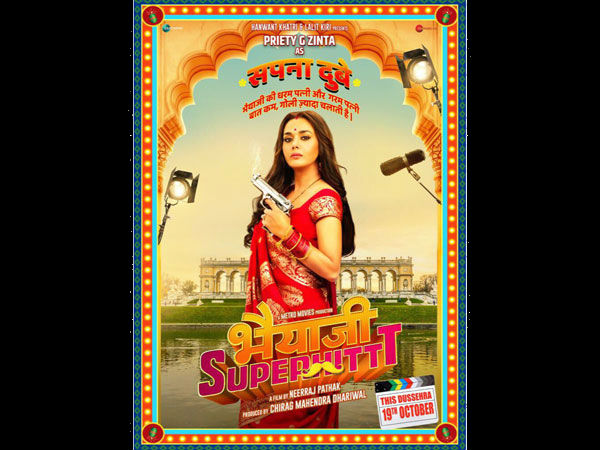 Preity Zinta, who had taken a backseat from acting following her marriage and move to the United States, is set to make her film comeback.

The actor make her comeback with the upcoming film Bhaiaji Superhit.

Hey folks, guess what? It’s #SapnaDubey on the big screen with #BhaiajiSuperhit hitting on the 19th of October in cinemas near you! #PZisBack! pic.twitter.com/pzMotgTtoi