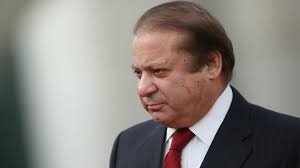 Nawaz Sharif, who was the Prime Minister of Pakistan first. Now the case was going on
Today he had to be present in court. His case was to be decided today on 12:30 PM.
But then the time of decision made 2:30 pm.He further extended the time and said that the decision will be heard at 3 PM
Nawaz Sharif’s Avenfield corruption case has been delayed again and shall be announced at 03:30 pm.
The court is increasing more frequently.The judge was finally heard the decision.
And had 4 o’clock. And once again, half an hour increase . And said that the decision will be known at 4:30
Judge finaly decision Prime minister Nawaz Sharif was sentenced to 10 years in prison on Friday in the Avenfield properties reference while his daughter Maryam was sentenced to 7 years. Accountability Court-I Judge M.Bashir announced the sentence today after several delays since morning. Nawaz’s son-in-law Capt R. Safdar was given a 1 year sentence.